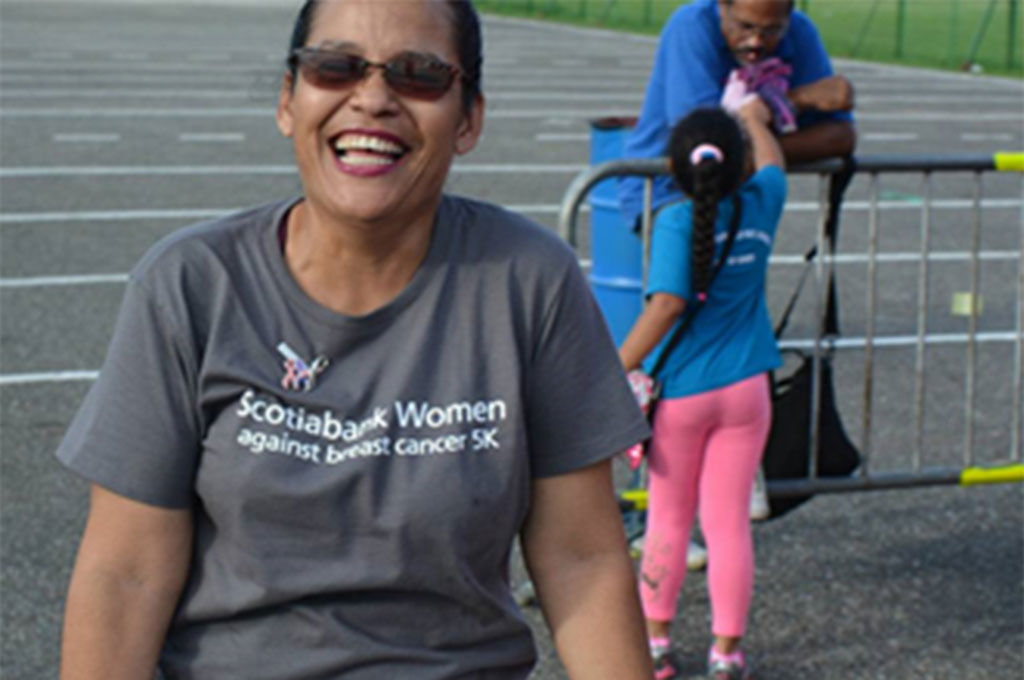 One of our first interviewees on the website was Michelle O’Kieffe from Trinidad who was diagnosed with an aggressive form of breast cancer in 2000 at the age of 32. Michelle has been in remission for a number of years and has had a daughter. She has become an activist now and we wanted to find out what she has been up to during Breast Cancer Awareness Month. 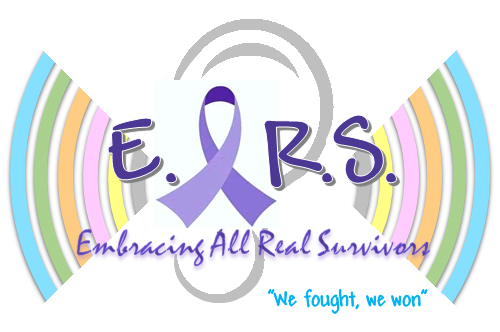 Well, I’ve been involved with a number of activities including a couple of walks and a breakfast for cancer survivors held at the Hyatt Hotel in Port of Spain. We’ve been busy!

Since our interview about a year ago I have now registered a non-profit organisation, basically supporting all cancer survivors and by extension their families and friends. It’s called the EARS Cancer Support Foundation (Embracing All Real Survivors).

We don’t have an office yet but we’re based at the National Radiotherapy Centre in Port of Spain and we travel to meet people all over the country. We would like a facility where patients, survivors and their families can get away from it all and find sanctuary and peace. That will come.

In the month of October we’ve been attending the Port of Spain General Hospital Skin Clinic for three days a week to raise awareness about cancer and describe our individual journeys.

We have also partnered with Newsday, one of our daily papers in Trinidad, so that on Sundays throughout the month we have a full page in the paper to share our thoughts and experiences. Read the first article in Newsday here.

Why is a support group so important?

We let people know that cancer is not an automatic death sentence. So much has improved that now many people have a fair chance of survival. And the more support you have the more likely you are to survive. As we say, “Let us walk with you”. It can also be really good to get the families involved.

Did your own family become involved when you received your diagnosis? 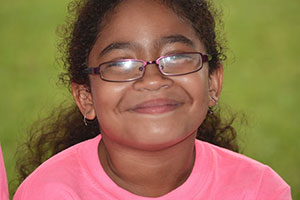 Yes, I was blessed to have my children with me and we went through the whole process together. They’d go with me to the oncologist and into the radiation department where a technician would explain everything in detail. So they had that understanding. I had my two boys at the time – my miracle daughter, who’s now six, came later. My younger son would go to the teachers and tell them everything that was happening so he had that outlet. My husband was also very present for the various procedures though anyone could see how worried he was.

Do you really think you’re making a difference?

I know we are.  We have helped quite a few people. I know one young mother who tells people that if it wasn’t for our organisation she wouldn’t have known how to carry on. We were there for her when she had difficulty with her siblings.

It’s a common thing: sometimes family members can say really hurtful things. She said that certain members of her family had actually asked her why she didn’t “hurry up and die”. Those are strong words but it’s not so unusual. People say things they don’t mean. And people living with cancer can be very difficult to be with. We have strong emotions; we may appear to be quarrelsome, disrespectful and rude. We can be really insensitive ourselves but bear in mind that we try to be the pillar of strength for all those around us even though we are weathering the storm to win our battle and endure to the very end.

We need to bring a level of understanding. We can share how our families dealt with things and we can help you along the way. 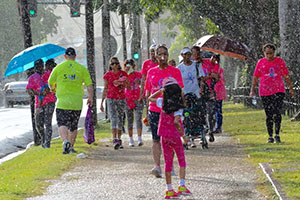 Can you tell us a bit about the other non-medical repercussions from a cancer diagnosis?

There is a lot of other stuff to deal with. Some of it is financial and people can find themselves going back out to work early because they have a mortgage to pay and children to feed. You lose income, you can lose your house.  I know one woman who returned to work too soon because of financial commitments and she is back to square one with the cancer. We are highlighting these cases and hopefully the right ears will hear and do something.

But what can really be done about this? Won’t it be expensive?

I am trying to talk to our Ministry of Social Development and Family Services to see what can be done. I have even written to the Prime Minister and President to meet me and discus these things.

We have to look at dealing with the complications of cancer treatment and other post-cancer conditions. Some of us develop bone degeneration or early arthritis. I have spondylosis myself.  How do we live? Do we have to wait till we’re sixty to get a little pension?

My next step is to have a bank account for the Foundation and as much as we can help financially, we will. Because it goes beyond medication, it goes to food, clothing, school books…That’s why some of us give up. We are building our own society of cancer survivors for total support. Most of our activities, in celebration of our lives, will be planned annually for June as this is Cancer Survivors’ Month. We want to live and we will continue to encourage others to do the same. 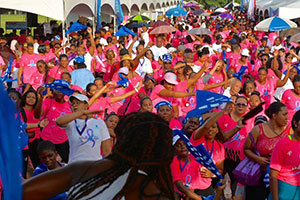 Do you have ambitions outside of Trinidad?

Our next plan is to go to Tobago and then we want to reach further across the Caribbean, as well as, throughout the world.

We’d like to be international so that it’s doesn’t matter where you’re from, you’re most welcome and we’ll do whatever we can to support you.”

To contact Embracing All Real Survivors please send an email to ears4survivors@gmail.com