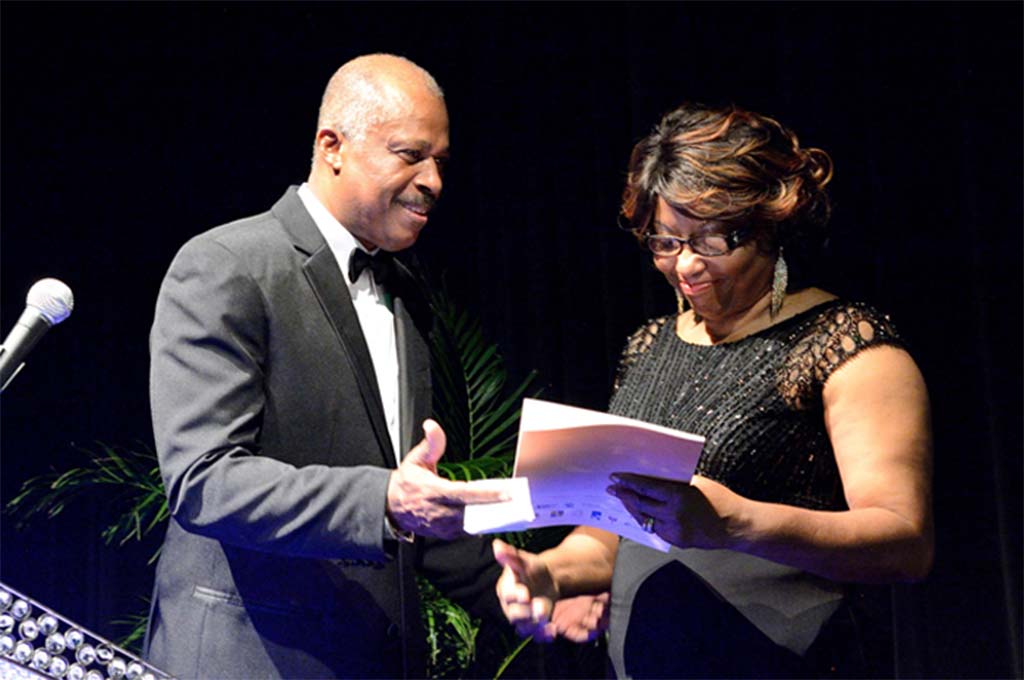 Bridgetown, Barbados, 17 October, 2016:  A landmark report on trends in non-communicable diseases (NCDs) in the Caribbean since the Port of Spain Declaration in 2007 was formally presented to the Pan American Health Organization (PAHO) Director, Dr Carissa Etienne, at an event hosted by the University of the West Indies on the evening of 14 October.

The report presents alarming statistics on the extent of the region’s epidemic of chronic diseases, such as heart attacks, stroke, diabetes and cancers. It shows that the Caribbean has the highest NCD mortality in the Americas and that 40% of NCD deaths in the region occur prematurely (in people under 70) and are potentially preventable. Diabetes prevalence is double global rates, and in some countries, up to 50% of the population has high blood pressure, the leading risk factor for mortality in the region. 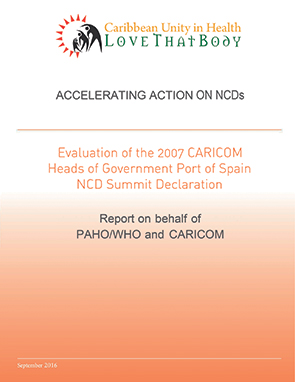 Based on these and other findings, a series of recommendations for action is offered, aimed at reducing the main risk factors for NCDs: unhealthy diet, physical inactivity, tobacco use and alcohol abuse.

“This report looking at the extent of NCDs in our region and showing us the way forward to accelerate action in one of the critical health and development issues of our time is extremely welcome and timely,” said Dr Etienne. “We need to redouble our efforts to make sure that Caribbean people live longer, healthier lives and the report will help to guide us,” the Director added.

The report is based on a three-year evaluation commissioned by PAHO and CARICOM and conducted by the University of the West Indies in collaboration with the Caribbean Public Health Agency, the Healthy Caribbean Coalition and the University of Toronto. The Canadian International Development Research Centre (IDRC) has provided support for the evaluation, which has received input from top academics, experts and organisations across multiple sectors.  The project is led by Dr Alafia Samuels, Director of the Chronic Disease Research Centre.  According to Dr Samuels the report highlights that, “Too many people are dying too early from NCDs. These deaths may appear to be sudden, but they are the result of years of unhealthy eating and physical inactivity.”

There is also worrying data on the health of Caribbean children. In the region as a whole, more than 10% of children are obese, but this figure rises to around 25% in some countries. Less than a third of students aged 13-15 get the recommended level of physical activity, and a growing number of children are suffering from chronic diseases even before they reach adulthood. The increasing availability and popularity of fast and ultra-processed food is seen as one of the major causes of these developments.

“We need to do better for the children of the Caribbean,” said Dr Etienne. ”They deserve to live in an environment that promotes healthy eating and the importance of physical activity, not one that encourages obesity, leading to a life of ill health.”

A multisectoral response to the epidemic is called for, in which “all of society” and “all of government” work together to reduce the leading NCD risk factors. Specific recommendations include banning smoking in public places; banning the advertising of potentially harmful foods to children; and increasing taxes on sugar-sweetened beverages and ultra-processed food products. The report also advocates clear guidance and support from regional or international organisations to help countries successfully implement the recommendations.

These recommendations were echoed in the CARICOM Heads of Government communiqué issued at their meeting in July this year, suggesting that a platform of priorities around which the regional NCD response can coalesce has emerged, in anticipation of the 10th anniversary of the Declaration in 2017.

According to Dr Etienne the accelerating action report helps to provide a grounding for a strengthened and intensified challenge to NCDs. “At PAHO, the NCD response is central to our work and we are proud to have supported the Port of Spain evaluation and pleased that it is helping us to know where we are and where we should be going.”