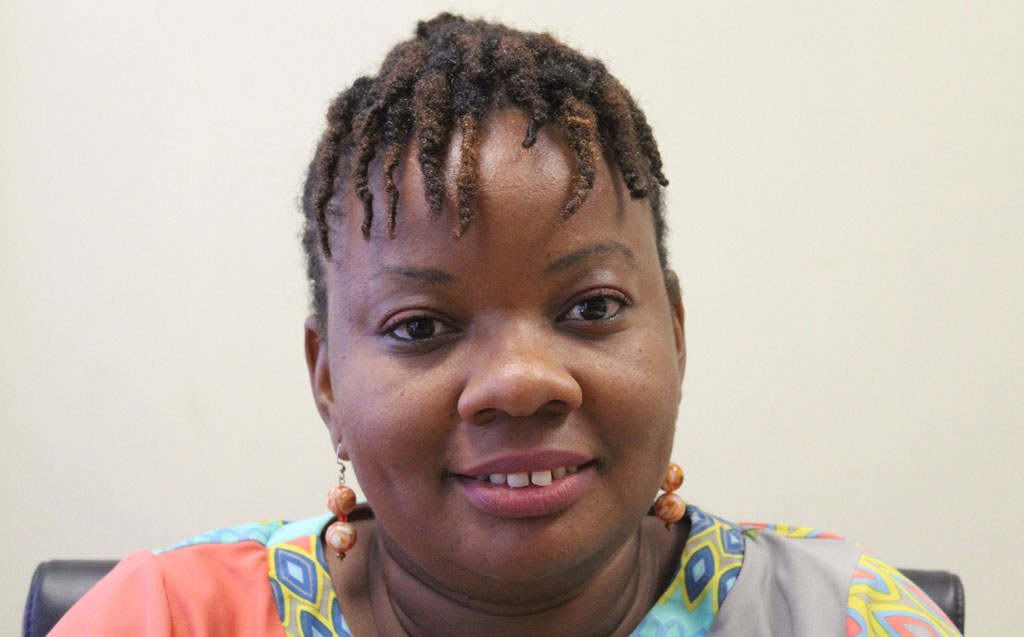 2018, the World Health Organization data showed NCD’s were estimated to be the cause of 81 per cent of deaths on island with cardiovascular diseases making up 36 per cent of that number.

If there is one thing that can be said about the people of St. Vincent and the Grenadines (SVG) is that dey love piece ah street food. For the small price of $5-$10 ECD, young and old can partake in what has become the new trend of “fried food culture”.

Chicken and pork deep fried in oil, alongside a crate of fried chips and laced with condiments has now become an identifying feature of daily Vincy life. Although relatively inexpensive, these food consumption practices have come at a high price for the health of the population. 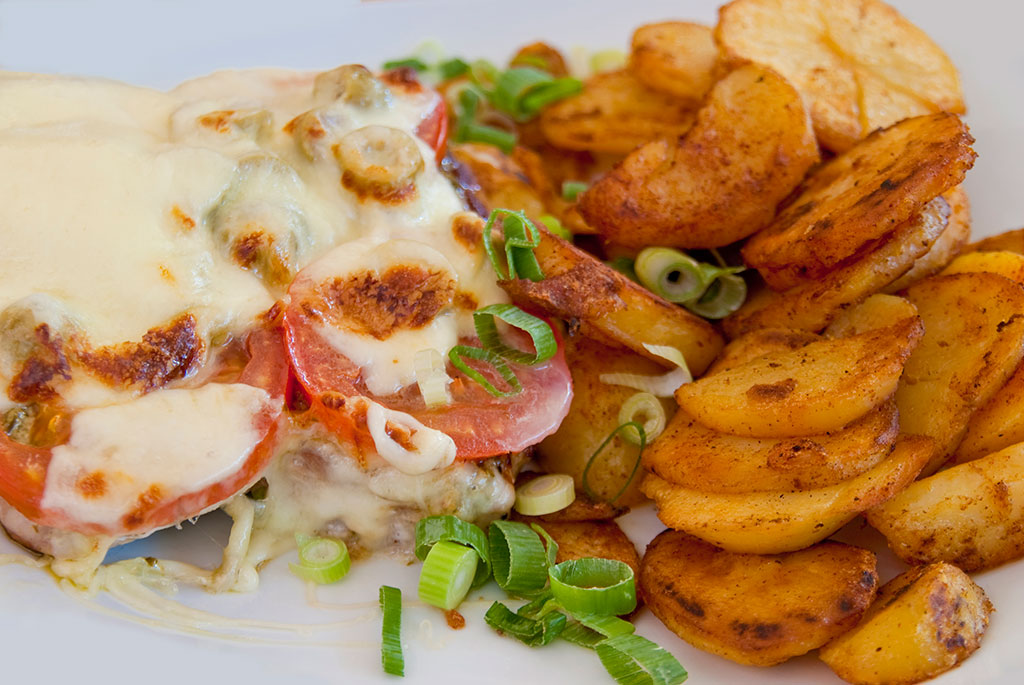 Just this year, CARICOM Heads of Government expressed concern about the high incidence of heart attacks which have accounted for the highest percentage of Non-Communicable Diseases (NCD) related deaths in the region.  In SVG, NCD’s accounted for an estimated 77 per cent of all deaths in 2008 according to data from Commonwealth Health. Out of the NCD related deaths for that same year, 39 per cent were from cardiovascular diseases. By

Community Dietician in the Ministry of Health, Nutrition Unit in the Northern and Southern Grenadines, Carlva Weekes painted a vivid  and worrying picture of the health challenges facing the island during an interview with the Caribbean Food and Nutrition (FaN) Project.

Weekes said school-aged children are the ones under the most severe assault from the growing “fried food culture” as is evident in the rise in childhood obesity in recent years.

According to a study conducted by the Healthy Caribbean Coalition, in 2016 12.4 per cent of children, ages 5 to 19 were obese. In that same age group, 28.9 per cent were overweight.

“What we are seeing is an increased consumption of foods that contain fats and salts and high in sugar,” Weekes explains.

“We have our teenagers who would be purchasing a lot of street food. We have a fry food culture in terms of fry chicken, fry bakes, fry plantain. We would roast the breadfruit and then fry it.” 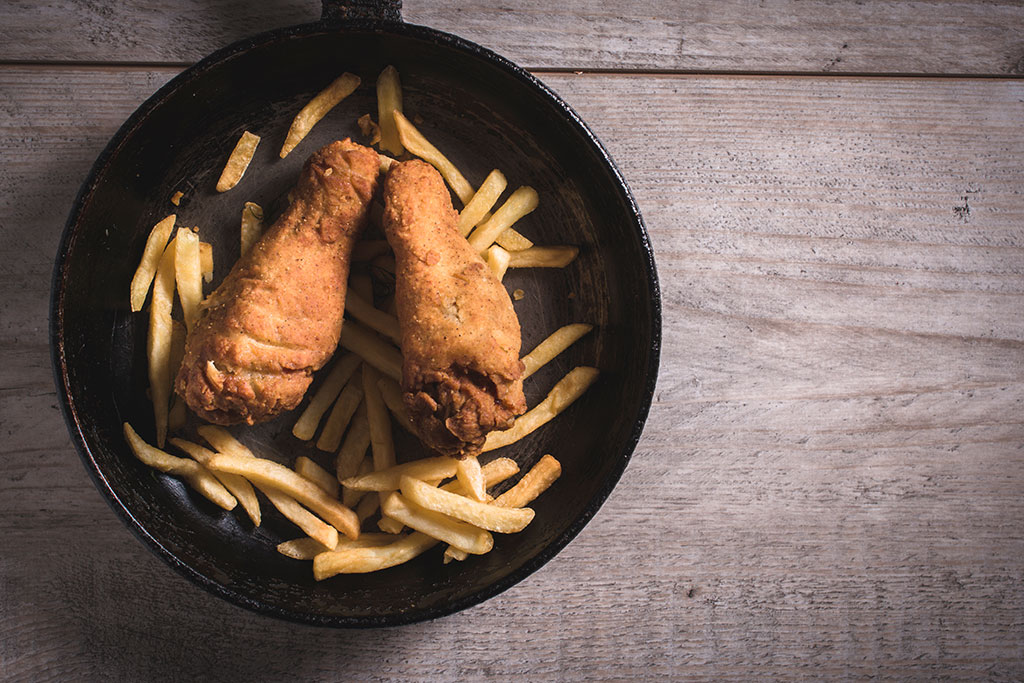 Traditionally, SVG has been a country with a strong agricultural focus but with the swing of modern culture, food cultivation and consumption practices have changed significantly. As Weekes says, gone are the days of grandparents working in the fields and on the farms from sun up until sun down and eating only what they grow.

Now with the convenience of increased transportation options as well as the growing number of fast-food outlets or “cook shops” the old way of life is fading.

“One of the things we love here is our chicken wings and it is easy and convenient if you are on the go if you have to go to work. You may have a single parent who doesn’t have time to necessarily prepare meals and it is easier to go and buy food rather than to go and purchase and prepare something.”

In addition to the increase in consumption of fried foods, the heavy dependence on imported foods in the everyday diet of Vincentians is adding pouring salt into the NCD wound.

The challenges faced by the Ministry, Weekes notes, are further exacerbated by the fixation by Vincentians on sweetened beverages. In May 2016, government implemented a 15 percent tax on sugar sweetened beverages (SSB) as a measure to dissuade Vincentians against consuming these drinks. However, Weekes admits the tax has not resulted in the swing away from consumption- to put it frankly Vincies too love sweetness!

The NCD mountain has been a huge one to conquer for the Ministry of Health in SVG, however, Weekes says the department does not intend to stand idly by and spectate as NCD’s lead Vincentians to an early grave. They have already launched a complete revision of the country’s nutrition and food-based dietary guidelines with the goal of fostering healthier eating practices in the population.

The revision includes a redesigning of graphics with suggestions on healthy food options and foods to avoid. The revisions also include focus group sessions with the public to determine the effectiveness of the messages and images used in the public campaigns.

The revised guidelines are to be officially launched at the end of 2020 and the information distributed across all government social media platforms as well as in educational booklets which will be used in schools. The Ministry also intends to include the new nutritional guide as part of the school curriculum to inform young ones of the proper dietary practices. 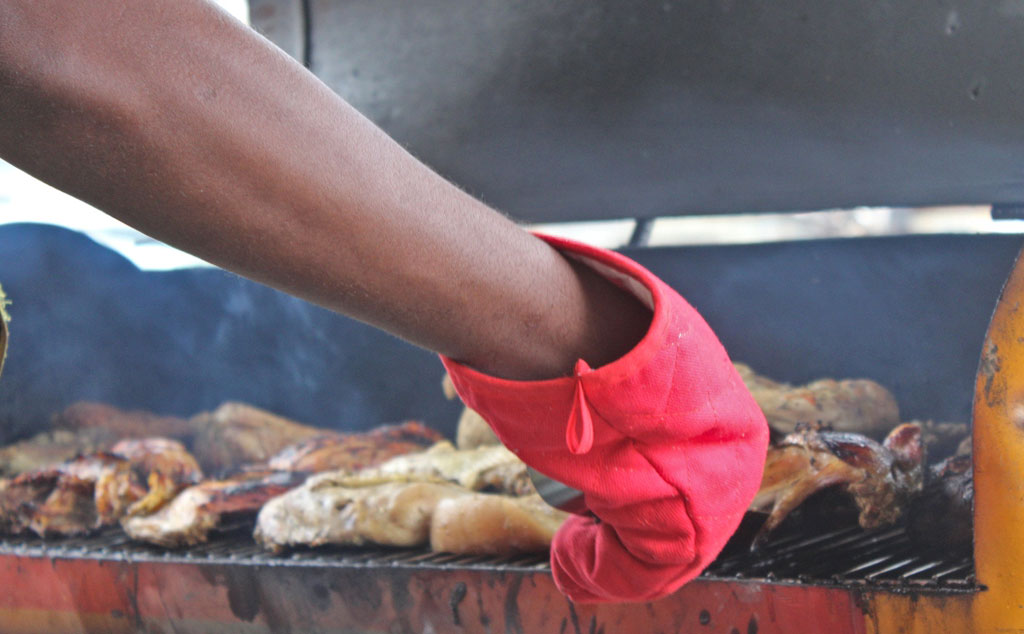 While the Ministry has been tirelessly fighting one battle, a new adversary has recently emerged- COVID-19. In addition to being a burden on the healthcare system, the pandemic has presented its own unique set of nutritional and dietary challenges for Vincentians.

Many Vincentians, particularly those in the tourism sector, lost their jobs and therefore their purchasing ability was significantly reduced. Weekes say those affected were forced to consume the cheapest options for what food was available, without regard to their overall health. While for some this meant a move back to consuming foods grown at home, others without access to land, such as in urban communities, made do with what was available to them. On top of that, Weekes explains the stress, anxiety and depression resulting from the uncertainty of the pandemic, pushed some Vincentians toward unhealthy eating practices where they either did not eat at all or ate a lot more. Fortunately, there were many charitable organizations that stepped in to donate to those in need, such as school children who, as a result of school closures, were no longer privy to the School Feeding Program.

Throughout the pandemic, Vincentians have displayed a level of resilience which has given Ministry officials hope that some progress is being made.

Home gardening is one such aspect of Vincy life which has taken priority since the onset of the global pandemic. According to Weekes, Vincies have been recycling all types of old household containers to plant in. To encourage the practice, the Ministry of Agriculture has been distributing seedlings to individuals as well as farmers. She adds, Vincies have also gotten more active with some embracing the grounds of the old airport for physical activities, in addition to exercising at home and in their communities.

Looking to the future, Weekes said the Ministry of Health is confident that Vincentians will make the necessary changes such as reducing sugar intake and increasing exercise activities.

“[I]t is up to us, me, you and the general public, to look at our lifestyles and see that we don’t want these chronic diseases, the diabetes, high blood pressure, the cancer to pass down from one generation to the next.”