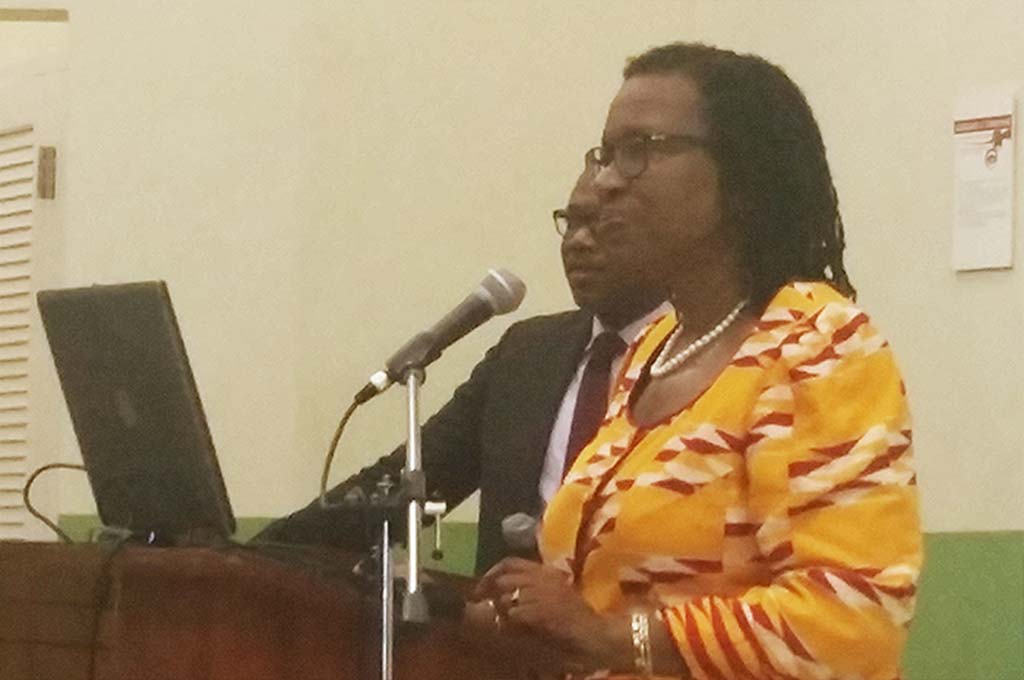 We need to do much more on childhood obesity to tackle NCDs, says top expert

Childhood obesity is a growing problem across the Caribbean and needs to be addressed if the epidemic of non-communicable diseases is to be brought under control, argued Dr Alafia Samuels, Director of the Chronic Disease Research Centre (CDRC) in a recent lecture to mark the 50th Anniversary of Independence in Barbados.

During the lecture, entitled Accelerating the NCD Agenda, Dr Samuels noted the alarming statistic that in every CARICOM state more than one in ten children is obese, with numbers rising. Less than a third of school children achieve the recommended levels of physical activity, exacerbating the issue.

“You would think that North America, being a very developed region, would be the place where they have the most heart attacks, chronic diseases and strokes, but the Caribbean is in front of them, unfortunately, on all scores.”

The Convention on the Rights of the child states that every child has the right to grow up in a healthy environment; one that does not promote unhealthy eating. Dr. Samuels was emphatic in decrying the actions of the Chefette fast food company in marketing directly to impressionable primary school children in their classrooms every day by branding blackboards, calendars, book covers, pencils and rulers. This is contrary to the recommendations of the World Health Organisation’s childhood obesity guidelines which specifically says this kind of marketing to children should not occur.

Overweight children often become overweight adults and Dr Samuels drew attention to the fact that Caribbean people are now among the fattest in the world: in a league table of almost 200 countries Barbados holds position number eight, Trinidad and Tobago is at 10; Dominica 11 and Jamaica 14.

Obesity is one face of the NCD epidemic in the Caribbean, with heart attacks, stroke, diabetes and cancers the leading causes of premature deaths. As the CDRC Director stressed, “In the Caribbean, our epidemic is the worst in the region of the Americas.” She added, “You would think that North America, being a very developed region, would be the place where they have the most heart attacks, chronic diseases and strokes, but the Caribbean is in front of them, unfortunately, on all scores.”

Dr Samuels is heading a major effort to explore how to accelerate the NCD response: the evaluation of the 2007 CARICOM Heads of Government Declaration on non-communicable diseases. A team, led by the University of the West Indies, is now widely sharing evaluation results and ideas to strengthen the challenge to chronic diseases.

A number of suggestions were made to encourage this strengthening: including giving NCDs a higher political priority; ensuring an all-of-government and all-of-society response with everyone sector involved and committed; beefing up anti-tobacco legislation; using increased taxes on tobacco and alcohol for NCD-related activities; banning trans fats and the advertising of unhealthy foods directed at children.