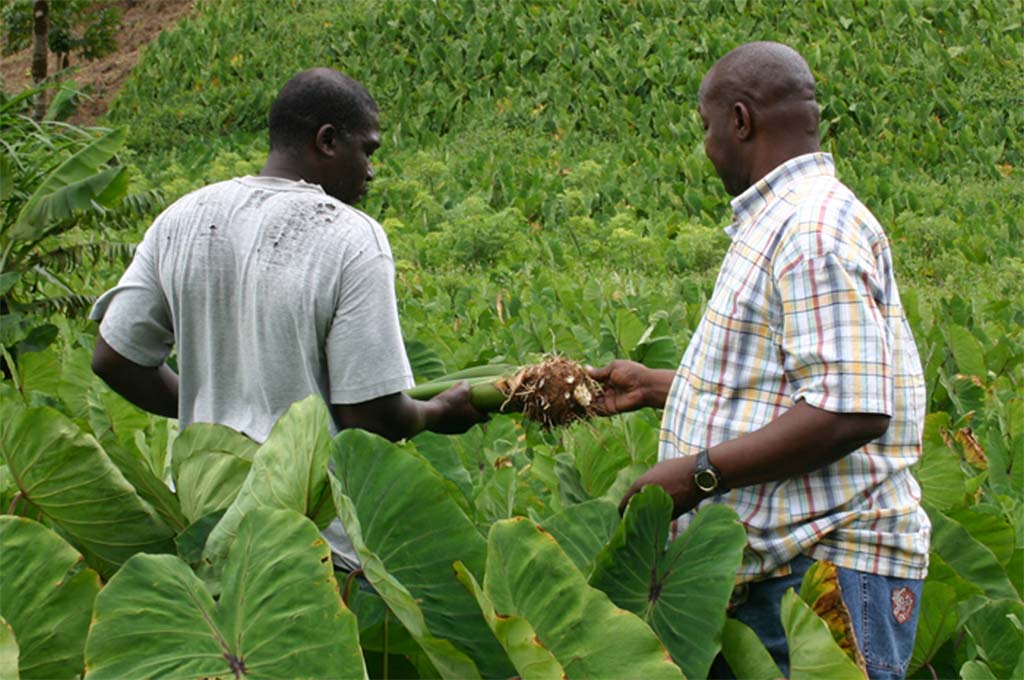 October 16 is World Food Day and the theme is ‘Climate is changing. Food and agriculture must too’. It is well known that climate change is having an impact on food security around the world and the Caribbean is no exception. How are our farmers adapting to the new circumstances? Jethro Greene, Chief Coordinator of the Caribbean Farmers Network CaFAN, has some answers.

“I think farmers have already been adapting a lot all over the Caribbean. We know that climate change is upon us, with either excessive rain or very dry spells. The fact of the matter is you must look at production. One of the things that we’re doing is to work with the Caribbean Meteorological Institute in Barbados to look at weather data and projection data in order to plan production. Then we can adapt.

What are you doing personally to adjust?

Well, I grow certain kinds of crops; roots and tubers. St. Vincent is a mountainous island so much cultivation is done on steep slopes to offset erosion from heavy rainfall. Our dasheen farmers, particularly at Greiggs and Richland Park, have developed a technique of planting in holes. In this way we have reduced a lot of the washing away of crops, and land slippage by nearly 95%. There are lots of things that farmers are doing.

What’s the state of local agricultural production across the Caribbean?

In a number of countries it is resilient. But more needs to be done. It’s important to increase local agricultural production to reduce dependency on imported food. The purpose of agriculture is not just for food security but you can link it to creating employment. If your government knows how to invest properly in agriculture it can help raise not only GDP but also social and economic stability.

An example of holes being used in dasheen cultivation

When you see people eating fast food and not so much local produce, how do you react?

The rise in NCDs is partly to do with importing food full of salt and sugar. So what we have to do now is not only to produce the food but also create the environment for people to understand the importance of natural food and make sure that that food is more accessible.

Now, in rich countries people are using sweet potato chips and dried fruits for children to have as snacks. They are taking a step back to what we call‘poor people’s food’ while we’re taking a step towards what they are trying to wean themselves off of because of the high incidence of obesity and NCDs. Our Caribbean foods are very healthy, some of the healthiest in the world. We should be eating more of them.

What do you think needs to be done? Where would you start?

The first thing I can tell you right now is a bunch of organisations, including the Eastern Caribbean Trading Agriculture Development Organisation (ECTAD) of which I am also the Chief Coordinator, and which is part of the CaFAN network, have been working on a project linking agriculture and health – working with various institutions to promote our healthy local foods. But getting the message down to the people is the hardest part of the business.

I support simple backyard farming where you have small plots, this can make a real difference – you don’t need a lot of space. You can grow a tomato plant, tubers in your little patch of land. Dasheen, eddoes, a banana tree, or whatever.

Should there be tariffs and subsidies to encourage people to choose local food over certain imported foods that are less healthy?

You can’t do that. You need to allow the market to dictate the system. Initially subsidies might be required to jump-start a production system but that system must not be built on subsidies. Otherwise it’s not sustainable.

You have to take a regional approach not a national one. We should be looking at the whole region as a block in terms of food production and food security, working together. You might find that Barbados is competitive in one thing and Trinidad competitive in another. 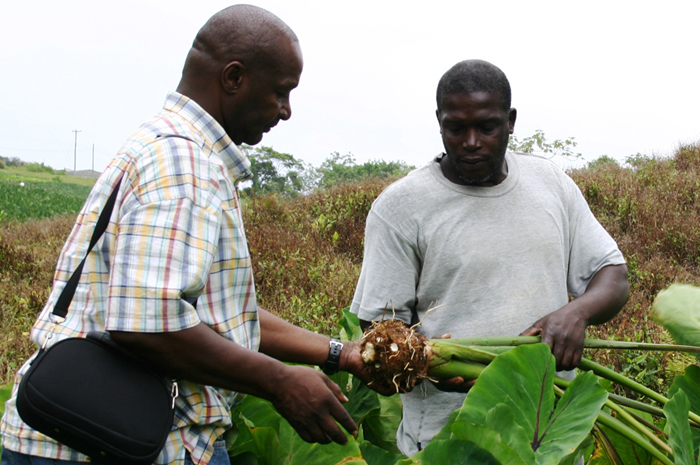 What about the role of supermarkets in supporting the selling of local food?

We need a regional purchasing strategy. We have written to some of the main supermarkets. Their country programmes for buying from local farmers are reasonable but in terms of the regional level, that’s where they are falling down. We need to work with them and other organisations to make sure they develop a sound regional strategy.

Can you point to any real success stories?

In St Vincent we did a small pilot project linking farming to nutrition and health and we started to promote a lot of local foods. I find today that people are eating a lot more of the local fruits and vegetables. This is just anecdotal evidence and what we are hoping for is a more in-depth study to get real, concrete evidence. We are also working with the University of the West Indies to look at diabetes and food and nutrition. We’re making progress.”