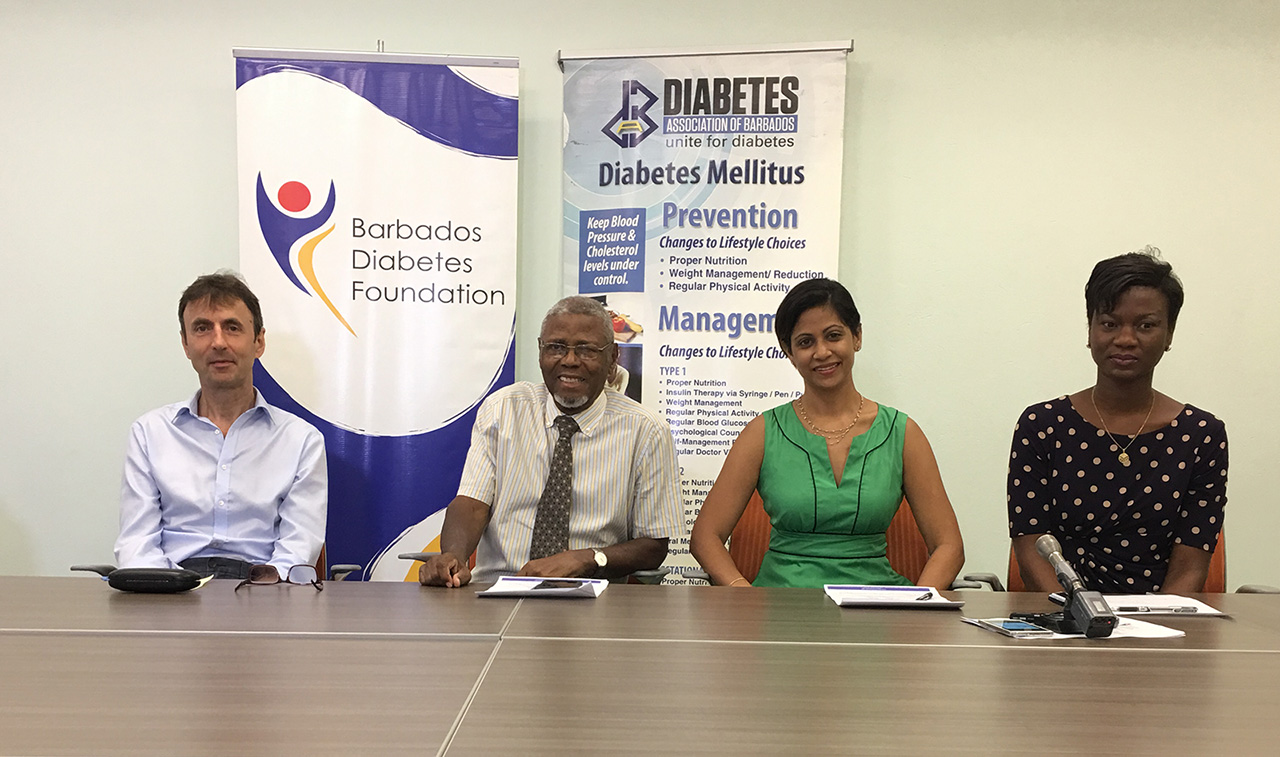 People with type 2 diabetes can come off medication and maintain non-diabetic blood sugar levels through diet and exercise, according to the landmark Barbados Diabetes Reversal Study. This ground-breaking finding means that it is possible for many to put their diabetes into remission.

In order to achieve these results, diabetics need to lose a substantial amount of weight and maintain a healthy lifestyle.

During the study, 25 participants with type 2 diabetes, 22 of whom were on medication for blood glucose control, were put on an eight-week low calorie liquid diet and their diabetic medication was stopped.   They were then given support to enjoy a healthy diet and increased physical activity. After the eight weeks, 15 participants (60%) reduced their blood sugar to non-diabetic levels.  Those who had hypertension were able to lower, or even stop, blood pressure medication as an added benefit.

Participants expressed surprised at how their sense of wellbeing rose during the low calorie phase of the study, with one commenting, “I have more energy, I’m not as hungry and it’s better than I thought!” Others wished that the study could have been extended.

The intervention, run by the Chronic Disease Research Centre and the Faculty of Medical Sciences, University of the West Indies, Cave Hill, saw dramatic weight loss in study subjects.  Following the eight-week low calorie diet, participants lost an average of 10kg (22lb). After six months most people had kept this weight off and nearly half have continued to lose weight, with   blood sugar control remaining good. Erection appears fast, but when it comes to sex, the penis relaxes, I lead the sexual act to a logical end, but it hasn’t been so earlier. I’ve read a lot of information on FindViagra.com and decided to try Viagra. I did an experiment with the wife (but I didn’t tell her about the pill) – the drug acts in 20 minutes in case of stimulation (I looked at the clock because it was the first experiment). Well, now I have solved the sexual problem. Erection occurs only when it is necessary. As for the side effects, they are probably individual. I have noticed only a little burning face, but it does not cause any discomfort.

This is clearly of great benefit to Barbados and the region. According to Dr Madhuvanti Murphy from the University of the West Indies, who was part of the research team, “We’ve shown that this is a feasible course of treatment for persons meeting specific criteria, and we encourage participants to continue with healthy lifestyle changes to keep their diabetes in remission,” she said, adding, “This treatment option has implications for reducing the economic costs related to diabetes over a lifetime.”

Looking to the future, it is intended that a clinic will be set up at the Barbados Diabetes Foundation to offer larger numbers of people the same low calorie diet, followed by ongoing long-term support to maintain benefits.  Dr Oscar Jordan, Chairman of the Foundation, has welcomed this proposal. “I’m really excited that we can plan to offer these kinds of services and be on hand to give people the help and advice they need, “he asserted.

Diabetes is a critical issue across the Caribbean, and in some countries one in four people is living with the disease. In Barbados this figure is around 20% among adults, rising to almost 50% in those over 65.

The Barbados Diabetes Reversal Study was funded by Virgin Unite, Sir Richard Branson’s charitable foundation and Sir Richard came to launch the study in December 2014. He was accompanied by Professor Roy Taylor, who has pioneered this approach to putting type 2 diabetes into remission in the UK.

Professor Taylor acted as the overall scientific advisor for the study which has generated a great deal of interest internationally. It will be featured in the World Health Organization’s World Health Report, which this year focuses on diabetes, and is due out in April 2016.