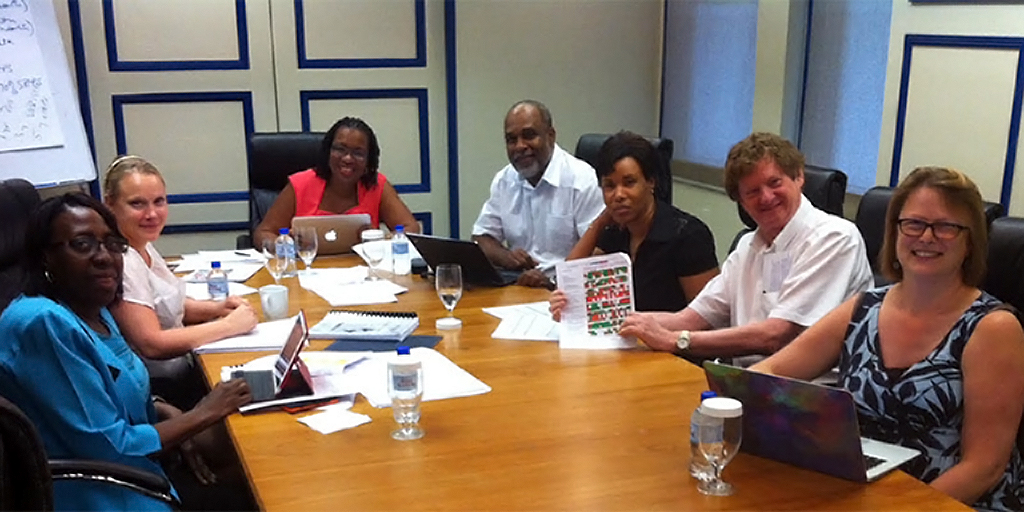 The Pan American Journal of Public Health has published a thematic issue on the Port of Spain Declaration Evaluation (POSDEVAL) carried out by an international and regional team of researchers who assessed the 2007 CARICOM Heads of Government Port-of-Spain NCD Summit Declaration.

The Journal was formally launched at the Annual CARPHA scientific meeting in Port of Spain, Trinidad and Tobago on Friday, June 21st. The research was led by the Professors Samuels and Unwin of the George Alleyne Chronic Disease Research Centre/Caribbean Institute for Health Research, University of the West Indies, based in Barbados.

This comprehensive analysis of the burden of NCDs and their risk factors, and country implementation of the mandates from the POS declaration, offers valuable lessons on country level public health and fiscal policies, regulation, legislation, and the inter and multi-sectoral approaches needed to ensure policy coherence in tackling Non-communicable Diseases (NCDs) and their risk factors. The research was carried out with the aid of a grant from the International Development Research Centre (Ottawa, Canada).

Papers include: Lessons learned from tackling non communicable diseases in the Caribbean; Preventing and controlling NCDs in the Caribbean; Translating research findings into useful policy for NCD control in the Caribbean; An updated systematic review and meta-analysis on the social determinants of diabetes and related risk factors in the Caribbean; Evaluating policy responses to NCDs in seven Caribbean countries: challenges to addressing unhealthy diets and physical inactivity; Regulatory measures to fight obesity in Small Island Developing States of the Caribbean and Pacific 2015-2017; and, The potential for using alcohol and tobacco taxes to fund prevention and control of NCDs in Caribbean Community countries.

The 2007 Declaration of Port of Spain, “Uniting to stop the epidemic of chronic NCDs,” resulted from an unprecedented effort by heads of government of the Caribbean Community who recognized the massive and increasing burden and consequences of non-communicable diseases (NCDs) on their citizens and the need to respond at the highest political level. The Declaration reflects commitments to action in key areas including risk factor reduction and health promotion; improving quality of care; the development of appropriate legislative frameworks and the establishment of NCD commissions or similar entities to provide an “all of society” response to NCD prevention and control efforts.

The initiative proved to be a critical catalyst, prompting countries in other regions to take stock and resulted in the 2011 United Nations High-level Meeting on the Prevention and Control of Non-communicable Diseases. This process continues with the evaluation of progress towards agreed targets at the global level.