The push for a healthier Caribbean received a considerable boost when the leaders at the 38th CARICOM Heads of Government Conference in Grenada made new commitments to tackle the epidemic of chronic diseases which is costing the region dear in terms of health and development.

In a session devoted to action against NCDs (non-communicable diseases), the leaders discussed a raft of measures to declare the Caribbean a tobacco-free zone by 2022 in accordance with the Framework Convention on Tobacco Control, which 13/14 full members of CARICOM have signed and ratified but which they have been slow to implement.

In addition, CARICOM heads have decided to look closely at measures, in particular taxation and education, to try to change dietary practices in which eating salty, high sugar, fatty foods and drinking sweet sodas has become the norm for many, especially younger people. They also expressed a commitment to fight childhood obesity. 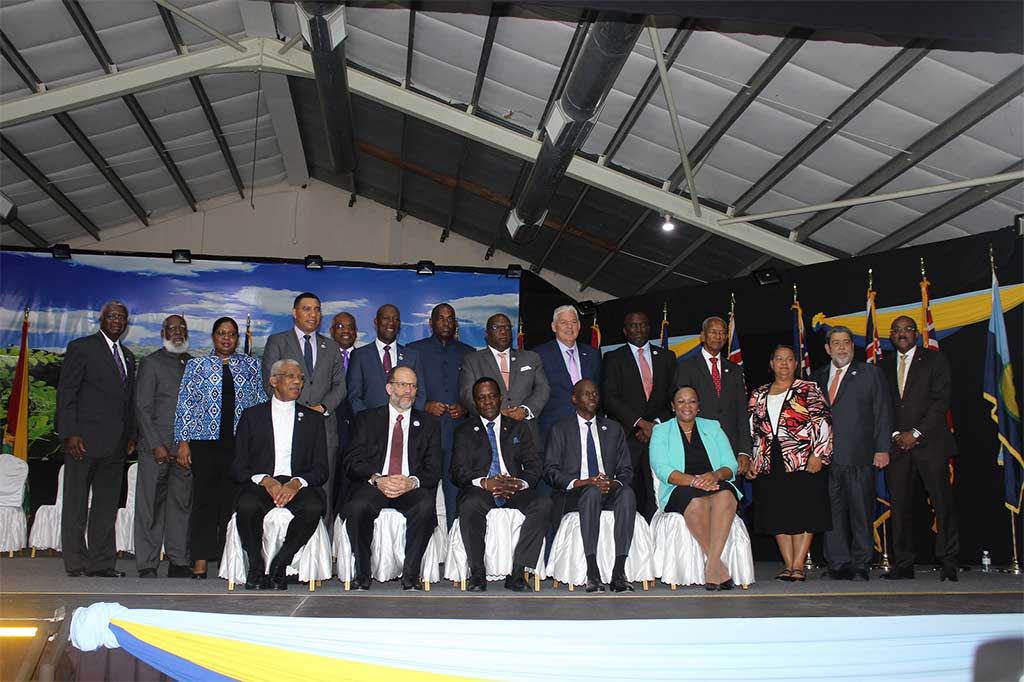 Prime Minister of Grenada Dr Rt Hon. Keith Mitchell, Chair of the 38th Meeting of the Conference of Heads of Government, said in a closing press conference,

“We have issued a statement reiterating our determination to curb the ravages of these diseases through legislation and intensified public education activities. We simply cannot afford to continue the lifestyle and food consumption patterns that are literally killing us.”

The Most Hon. Andrew Holness, Prime Minister of Jamaica concurred,

“Some very good recommendations were made and all the heads agree that they would put their best efforts to implement them, particularly as it relates to smoking and tobacco use and the consumption of sugar and salt and exercise and leading a generally healthy lifestyle. We encourage all countries and all people to take this very seriously.”

These commitments have particular resonance this year which marks the 10th anniversary of the CARICOM leaders signing of the landmark Port of Spain Declaration on NCDs and the heads celebrated this momentous achievement. In 2007, the Caribbean led the world in convening the very first conference of Heads of Government on NCDs which in turn paved the way for the United Nations High-level Meeting on Non-communicable Diseases in 2011.

The leaders at the 38th conference requested the establishment of standards for salt, sugar and trans fats in food which will mean working with technical institutions like the Caribbean Regional Organisation for Standards and Quality (CROSQ) to ensure that these standards can be developed and agreed on by attorneys general and then put into law in the individual countries.

There will also be a concerted effort to look at the drivers of obesity and to use public education programmes to improve diets.

According to Dr Alafia Samuels, head of a wide-ranging evaluation of the original Port of Spain Declaration, the need to address diet in the region is paramount.

“Our diets have changed dramatically in the past 50 or so years,”

“They give the story that our grandparents grew their own food, our parents went to the market, we go to the supermarket and our children go to fast food outlets…And you know what you get with fast food: salt, oil, fat and sugar.” 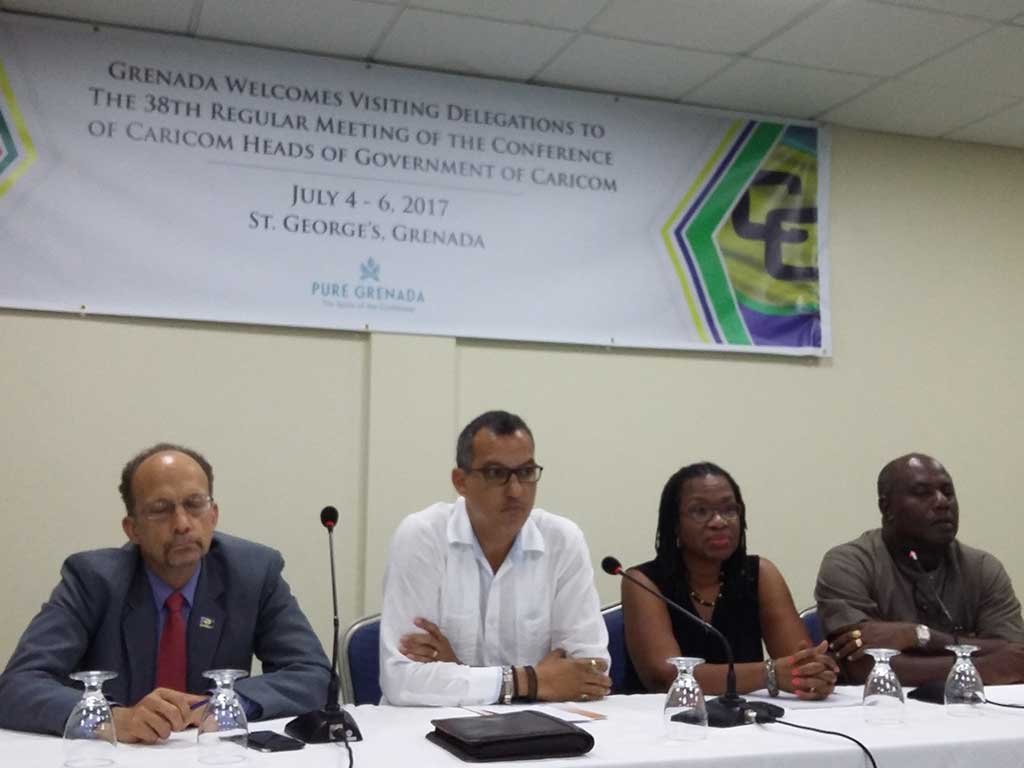 It was remarked that there is a very high cost of NCDs not just in terms of health but in the economic sphere. In his opening address, CARICOM Secretary-General Irwin Larocque noted,

“I have seen some estimates that suggest that NCDs cost our region anywhere between two and five per cent of GDP… So while it has an impact on an individual’s health, it also has an impact on the state and its ability to provide support for those suffering from NCDs.”

This sentiment was echoed by Dr James Hospedales, Executive Director of the Caribbean Public Health Agency,

“In 2016 we had less than one percent economic growth, in 2015 barely one per cent. Yet we are wasting away 5…per cent of the Gross Domestic Product because of the cost of these [diseases] which are mostly preventable. We can’t afford to do that, it’s unsustainable.”

It was also requested at the Heads of Government Conference that a meeting of finance ministers be convened to determine the true financial burden of NCDs to CARICOM Member States.

“I think this is a significant mandate from heads because they have identified very, very specific issues which need to be tackled in order to move forward and which are, in fact, the current measures that have been taken in other places countries in terms of curbing these problems.” 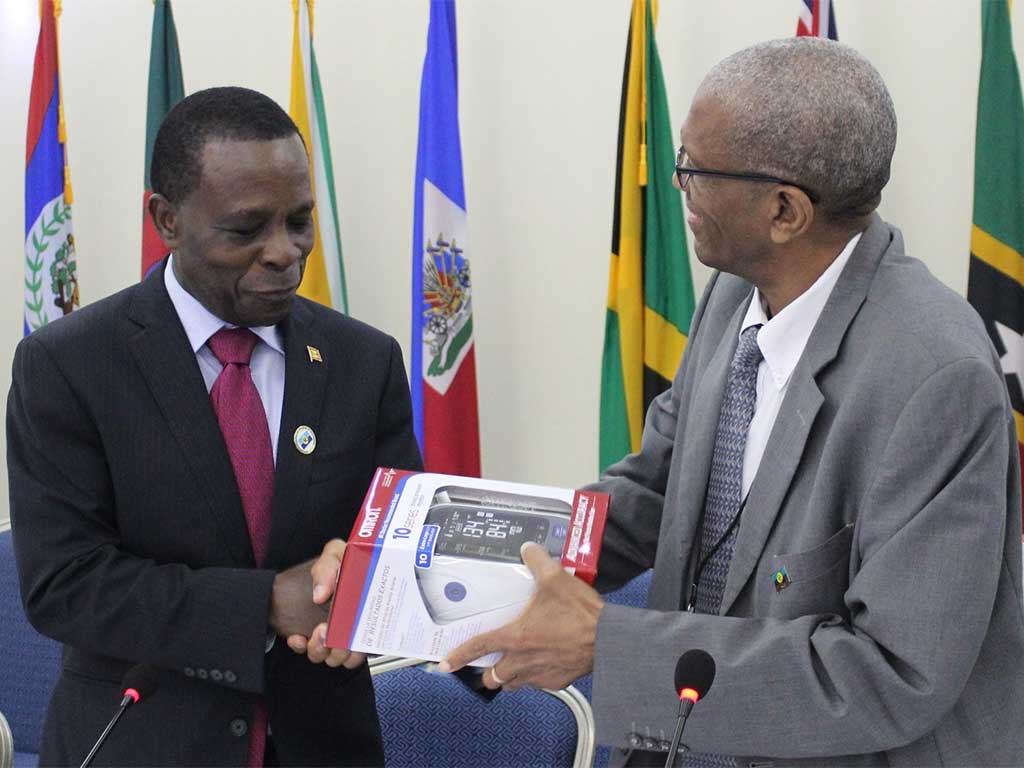 During the session discussing NCDs, the heads were presented with blood pressure monitors and were addressed by Mike Bloomberg, World Health Organisation Global Ambassador for Non-communicable Diseases, who announced that Bloomberg Philanthropies will be expanding its obesity prevention programmes into Barbados and Jamaica. 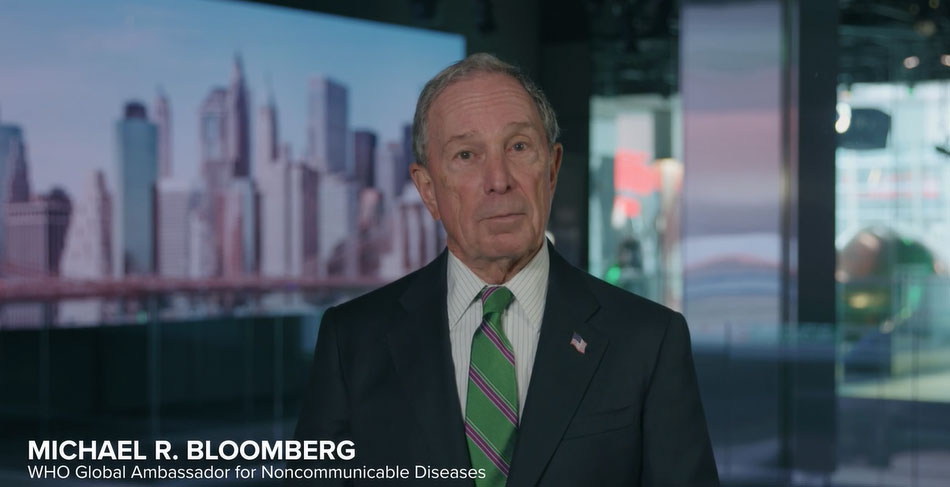 The epidemic of NCDs is serious and growing. The Caribbean has double the global rates of diabetes, and double North America’s rate of premature deaths (30 – 69 years) from chronic diseases such as heart attacks, stroke and cancer. Soda consumption is the highest in the world at 2 sodas/person/day. In some countries more than 30% of young people are overweight or obese and up to 50% of people are living with high blood pressure.